This will allow us to provide information that's relevant to your services.

You will be able to find your Customer ID on any invoices or emails we have sent you.

If you don't have your Customer ID handy, just let us know what your Toolbox looks like.

This article is show as a result of the customer details you provided.

You can change this selection at any time.

(Not sure? Try logging in here (opens in a new window)). 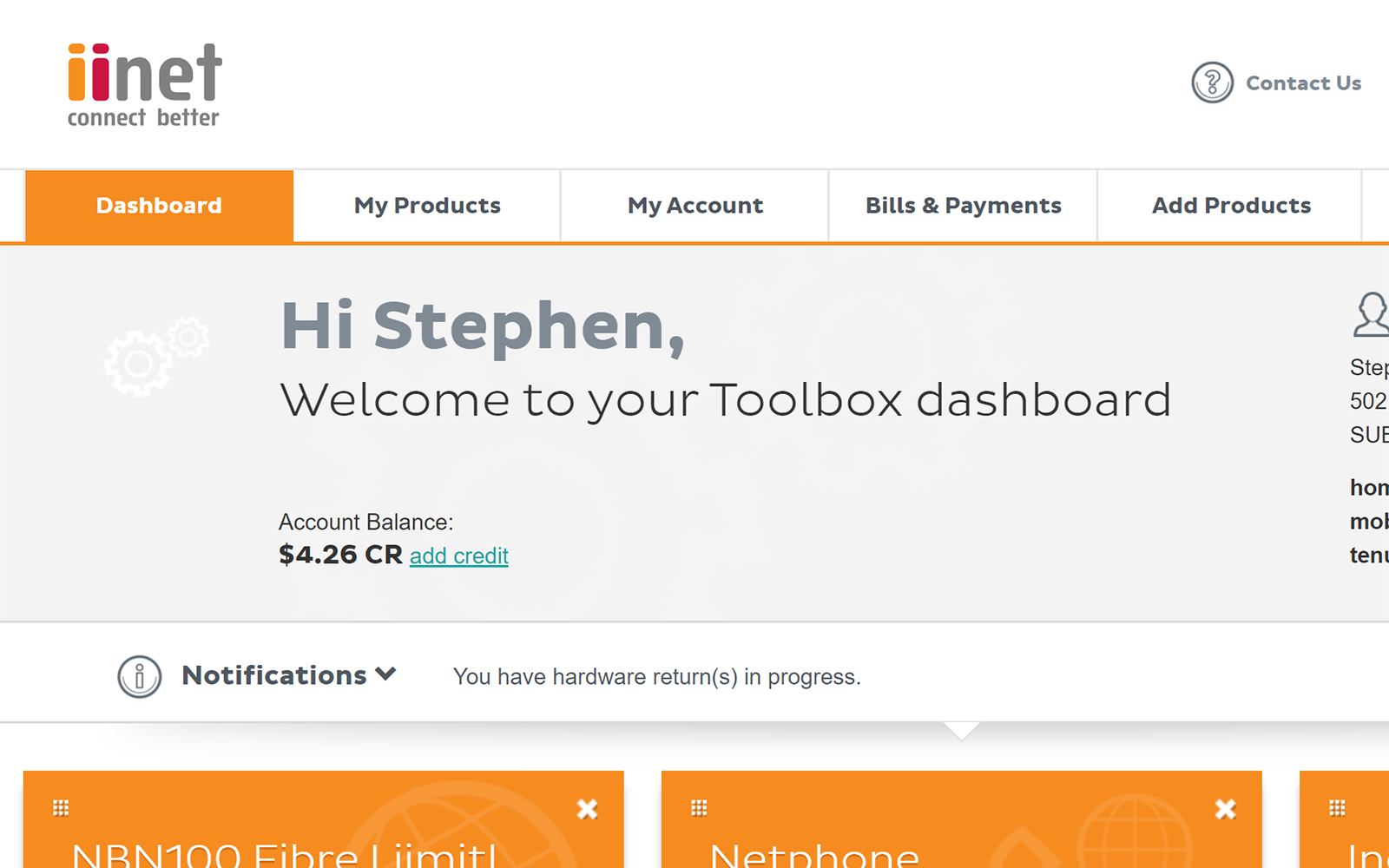 Invoice alignments make sure you're billed the correct rate for the exact days you had a particular plan or service.

When you first order iiNet services, you make a prepayment for your monthly plan fees.

This article will explain invoice alignments and prepayments in more detail.

Your billing period begins on your anniversary date

When your first iiNet service is ordered, your "anniversary date" is set roughly 14 calendar days later. This is the date your iiNet bills are typically due each month. As a rule, billing anniversary dates don't get set for the 29th, 30th or 31st days of a month - only days 1 to 28 are used.

The billing period for your iiNet services is also based on your anniversary date (e.g. Billed period: 04 JAN 2017 - 04 FEB 2017). If you change plans, billing is aligned to the same billing period.

All iiNet services are billed one billing period in advance

As per the Billing Policy in our Customer Relationship Agreement, iiNet services are billed in the following ways:

When you change plans, you'll receive a credit on your iiNet account for any unused plan fees that you paid in advance. You will then be charged in advance at the rate for your new plan.

Example: The first invoice after placing an order (pre-payment)

The example below shows the initial setup charges for an internet service that was just ordered, as well as the one month's prepayment that's taken immediately whenever an order is placed. 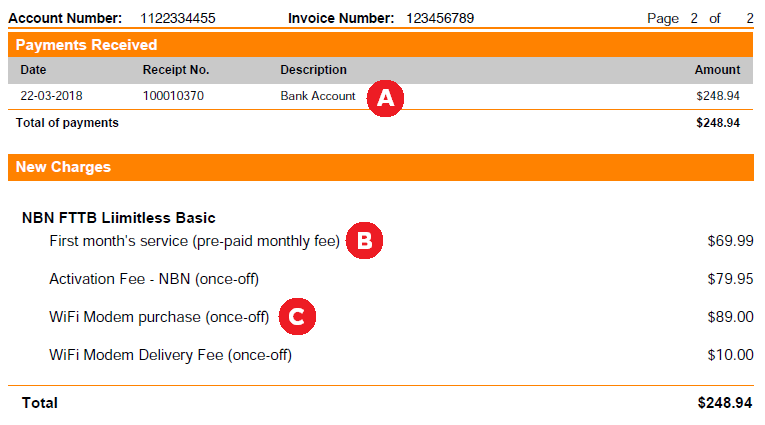 Example: The second invoice after placing an order (alignments)

The example below shows the charges for an internet service that has now been activated and billing has commenced. Credit from the one month's prepayment is used to balance one month's worth of charges now that the service is active.

Please note: If you're trying to follow along with a calculator, it's worth noting that our billing system calculates fees right down to the second. It's unlikely that a service would be activated at exactly 12AM, so while a plan may cost $1.97 for each full day of the year, less than that would be charged for the day a service was activated.

Why have I only received part of my plan value?

This can happen when you change plans, or activate a new service partway through your billing period.

If you've been billed for a part month charge for your plan, then you'll receive a proportionate part of your plan's monthly value for data or calls, etc.

Pro-rating does not affect unlimited or all-inclusive allowances, such as our Liimitless broadband data plans. After all, you can't divide infinity!

What happens to fees I've paid in advance if I change plans or cancel a service?

When you change plans or cancel a service, any amount you've paid in advance for that service is credited back to your account.

Was this information helpful?

Why was it not helpful?

Thank you for your feedback.